Where is my sewing machine?

I have been spending a lot of time in front of the computer, working on a number of projects, a couple pretty special projects and an English Paper piecing tutorial which I swear I wrote the instructions for it and were just waiting on the pictures to be added. I have searched the computer and can't find them. So instead of stressing over it I took a break. I have blocks sitting on the cutting table that I was going to sew together.  Where is the sewing machine? It must be hidden among all the paperwork and computer work I have been doing. Some of it is pretty mundane but some of it is very exciting and needed to finish before the end of September. So I am promising myself some stitching in the next 24 hours, hopefully at the sewing machine. There is a stack of machine piecing waiting to be tackled but at the moment I would settle for some hand piecing if it come down to the crunch.
I have been playing with some batik fabrics for an upcoming project. I need a few more batiks for it though. Really! My long suffering husband (LSH) would say if he heard this. You can never have too much fabric, if you ask me. 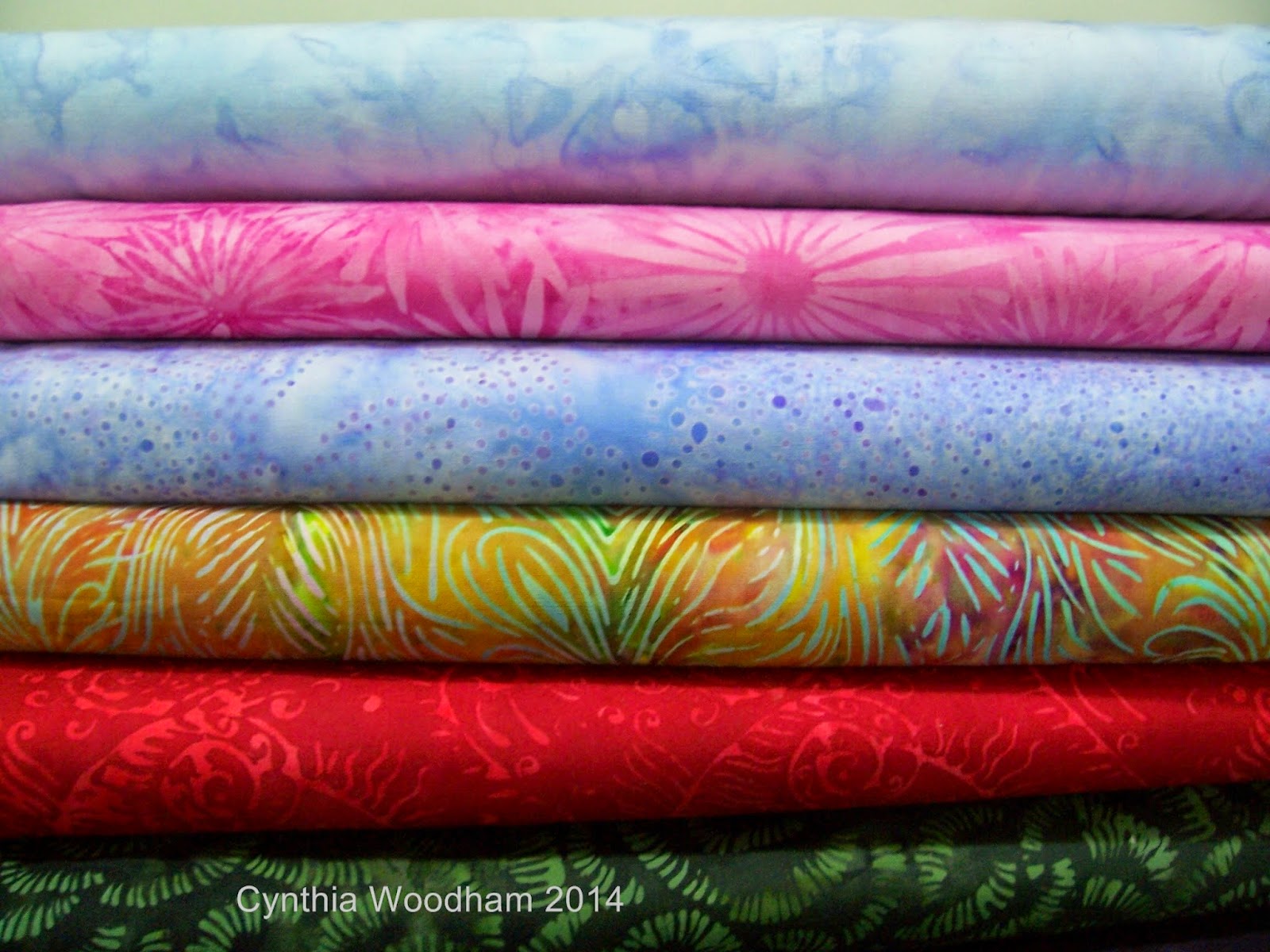 Some of the batik fabrics I am playing with, maybe some will not make the final cut.

Until next time
Keep Stitching

Posted by Cynthia's Creating Ark at 4:31 AM