Today we went back to the Eiffel Tower. We had visited on Tuesday but didn't get in the long queue to get in. As it was on of the few attractions open the queues where around the block long and my husband patience was short by then.
We got on the Metro train and arrived early so our wait wasn't too long even though there was two lots of security checks we had to go through. 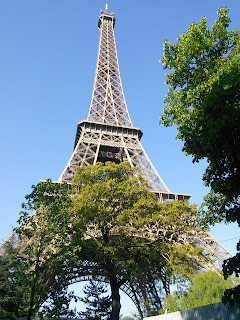 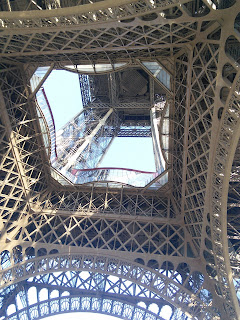 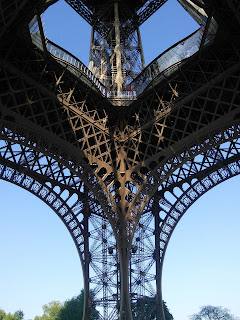 The view was fantastic from the top. 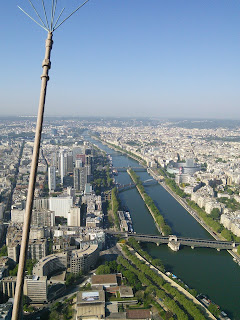 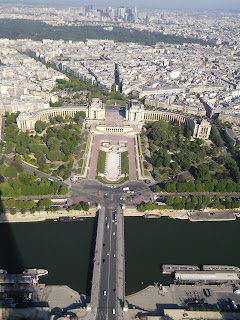 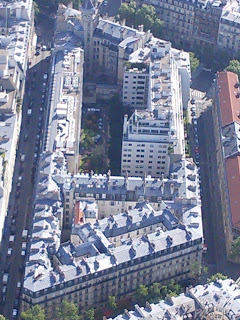 It was very interesting how the city is layed out. Nothing like Adelaide with it's square layout. Paris looks more like wedges. 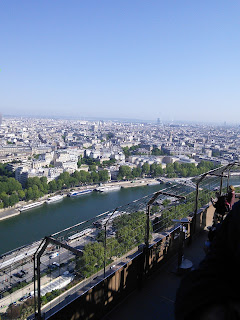 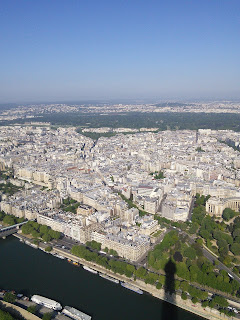 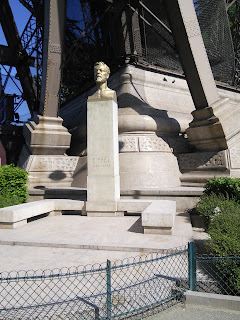 Effiel's bust at one of the bases of the tower. 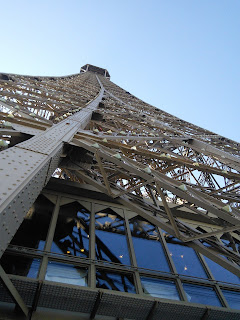 It was just a shame the grounds around the tower were being upgraded, lots of ugly fencing, bare garden beds and roadworks. It just wasn't as fantastic approaching the tower as it was when we were at the top.

On the way out back to the Metro station we came across Princess Diana's memorial. 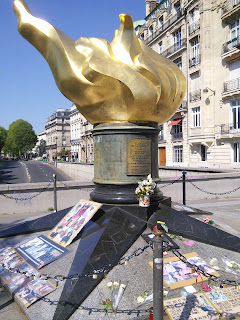 Until Next Time
Keep Stitching
Cynthia
Posted by Cynthia's Creating Ark at 11:04 PM