I had a good afternoon of sewing on Sunday. It has been awhile since I had a good session at the sewing machine. My aim was to get all the remaining blocks for the Gypsy Wife quilt made and prepare for the quilt assembly. 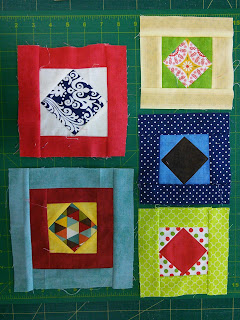 I was doing well until I neared the end. I was double checking the block sizes as I went, the last blocks weren't measuring up to the pattern. What was going on? I matched the blocks up  with the pattern as they are similar, I was thinking I mixed up the order. 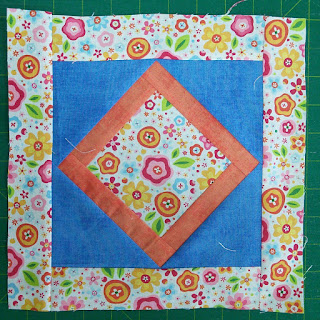 In the end I gave up and walked away. Sometimes you just have to do that.
On returning to the problem I realized all the blocks that were wrong had a border around them that I some how missed reading like the block above which was the only one I did correct.
I now have to finish them off. At least I worked out what my problem was.
Until Next Time
Keep Stitching
Cynthia
Posted by Cynthia's Creating Ark at 4:53 AM