February colour is pink for our Rainbow Scrap Challenge. It's not a favourite colour of mine but I do like some of the pink shades out there. So there is some pink fabric in my stash.  So on Saturday afternoon while it was 40 degrees + outside I got stuck in to complete my pink February blocks. The first block for February was Marley block and features more flying geese. Lots of flying geese so far this year. Interesting thought! Maybe it is a theme developing like last years half square triangle theme. 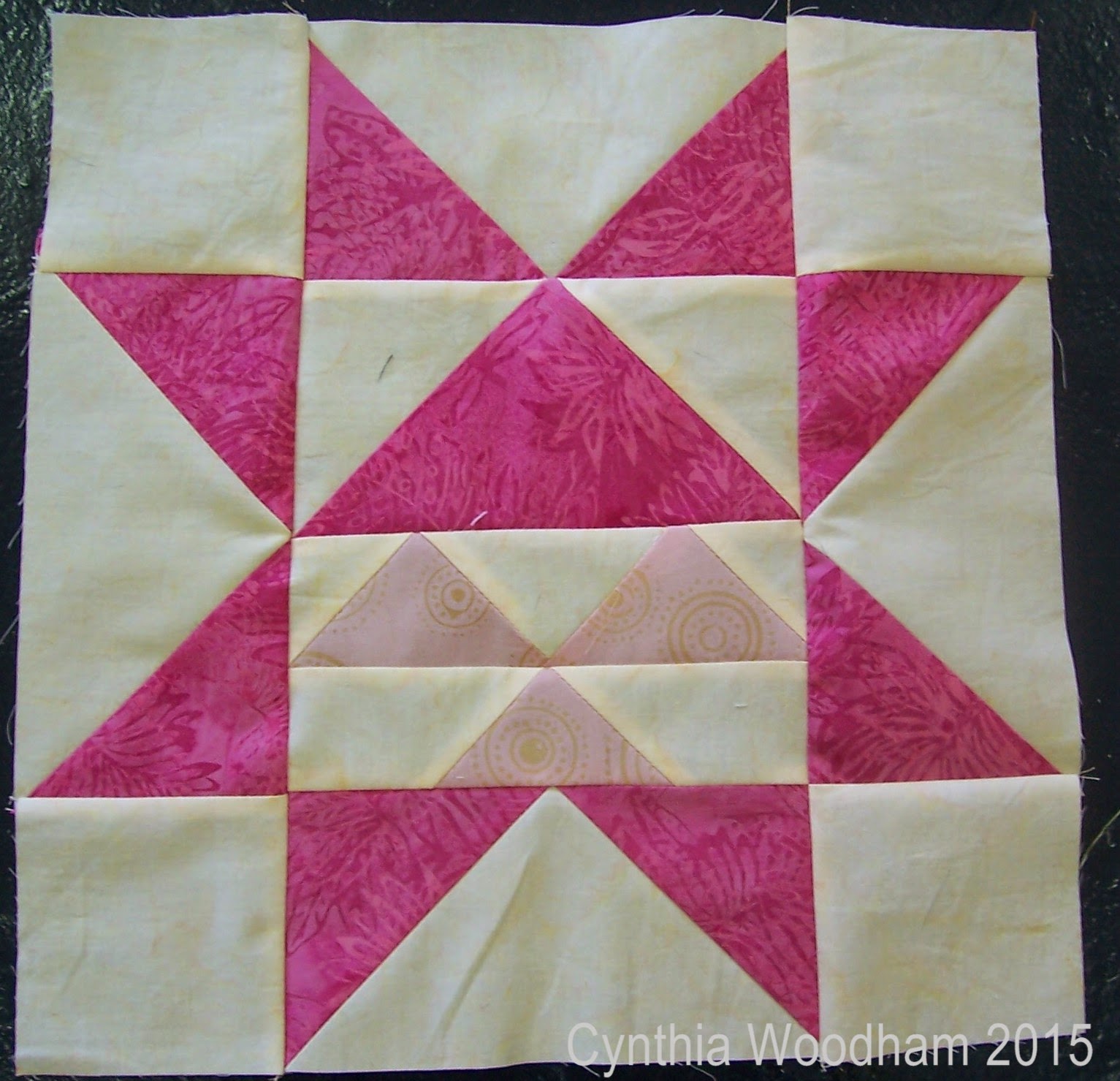 The second block for February was an easy block that I really liked. I was thinking 4 of these blocks together would make an interesting block if you did something with the square, maybe a small block in each one or just change the colours for each of the 4 blocks and you would have a scrappy four patch in the centre. Something to play with in EQ7 next time. I having been doing lots of playing in EQ7 I will have to start bringing some of my ideas out of the computer and into the studio so I can bring them to life. 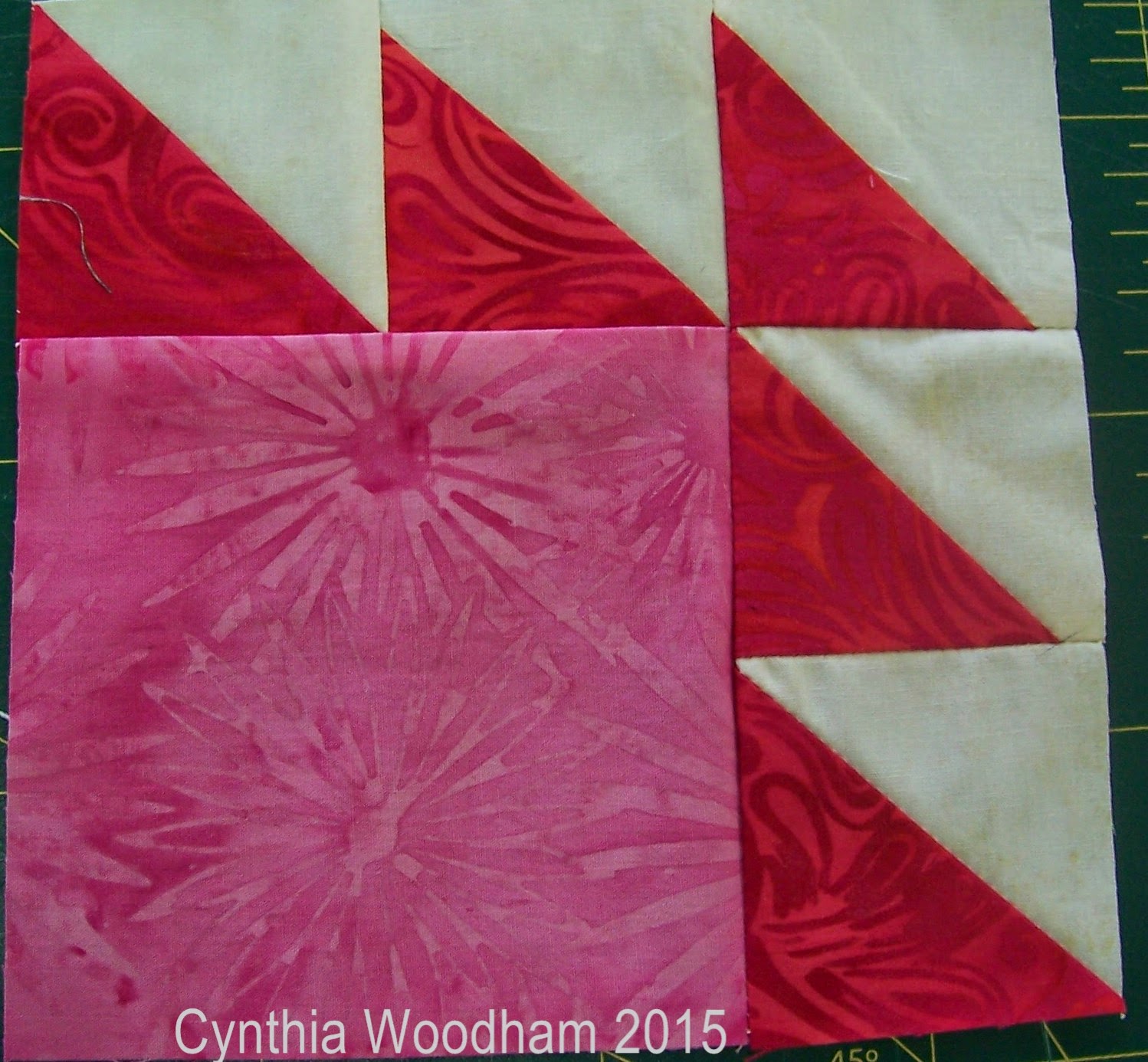 Both block were easy to complete with their star points. I took the time to cut some extra background pieces for the star blocks ready for next month so I just have to cut the star points to March's colour when I am ready to sew March's blocks. 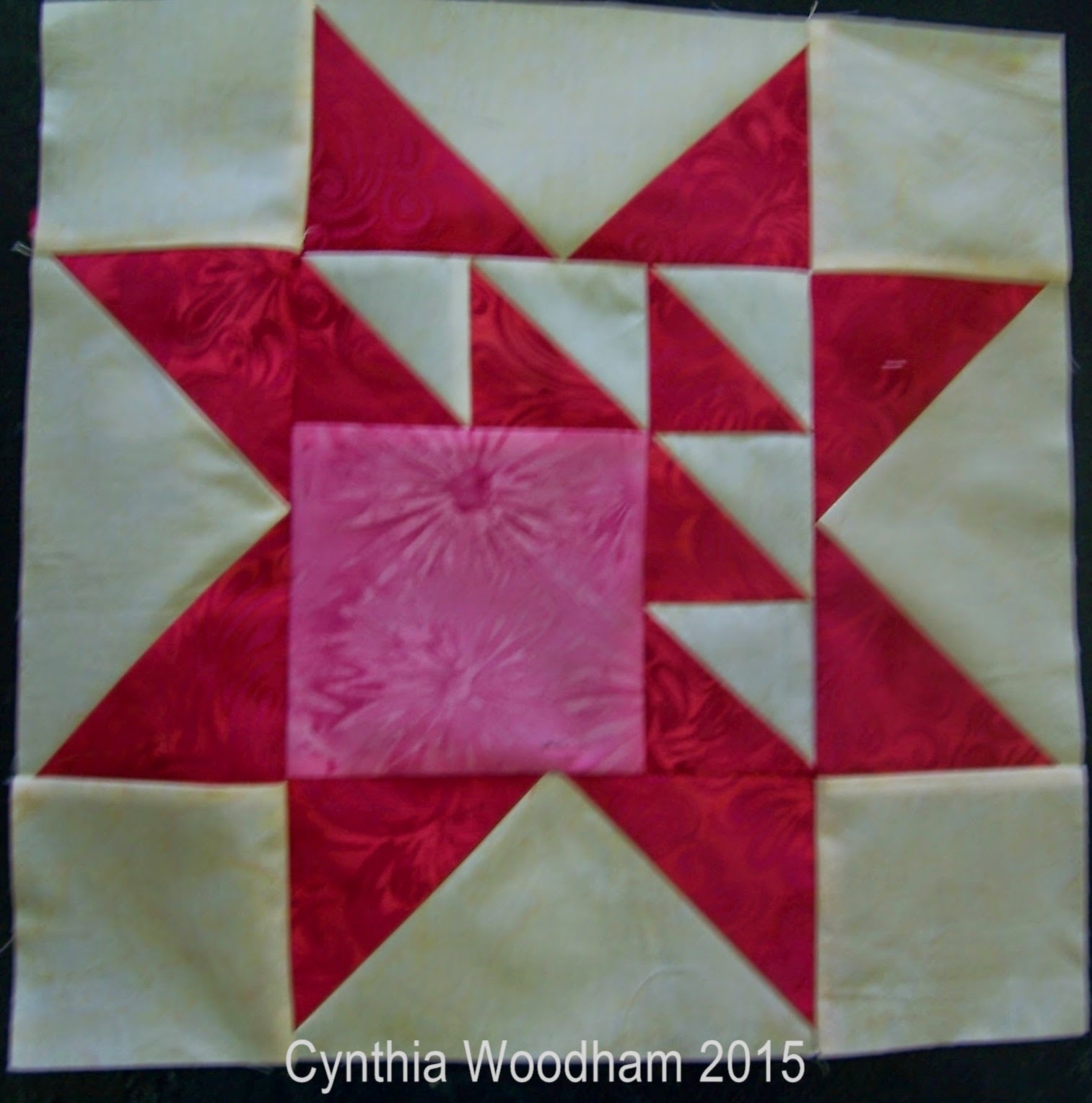 I have linked this post Rainbow Scrap Challenge link up so pop over and have a look at some of the blocks created this month.
Until Next Time
Keep Stitching
Cynthia