We are in to March already.   This month's total is 31.  So what have I been up to during March.

I have been busy with binding projects again but I did manage the following in between binding jobs. 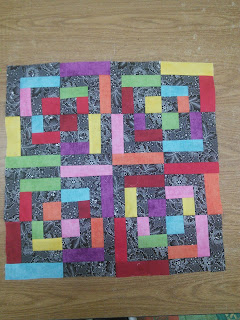 I pieced the second last charity quilt with some help from Jo. Only 2 for me 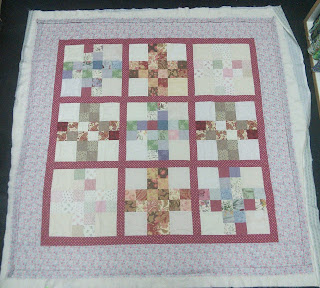 I pieced the Australian themed quilt 3 for this one. 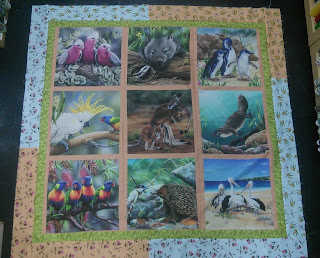 1 test block plus 8 extra for a secret project. Shh don't tell anyone that you had a peek. 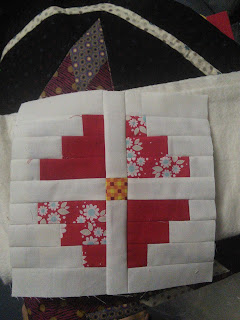 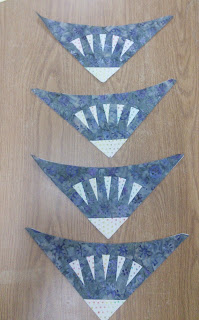 This month's total is 24. A few short of this month's total but who knows what April will bring. With events being cancelled, I know I will have some extra sewing time coming my way.
The year's total is 147.
Until Next Time
Keep Stitching
Cynthia
Posted by Cynthia's Creating Ark at 12:21 PM