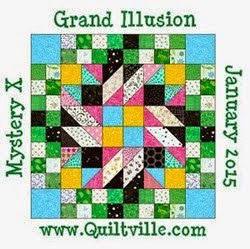 Where am I up to on our Grand Illusion mystery quilt? I had six blocks completed last week and I have continued making blocks until I ran out of my clue 1 and 2 units. So I ended up with ten blocks completed. 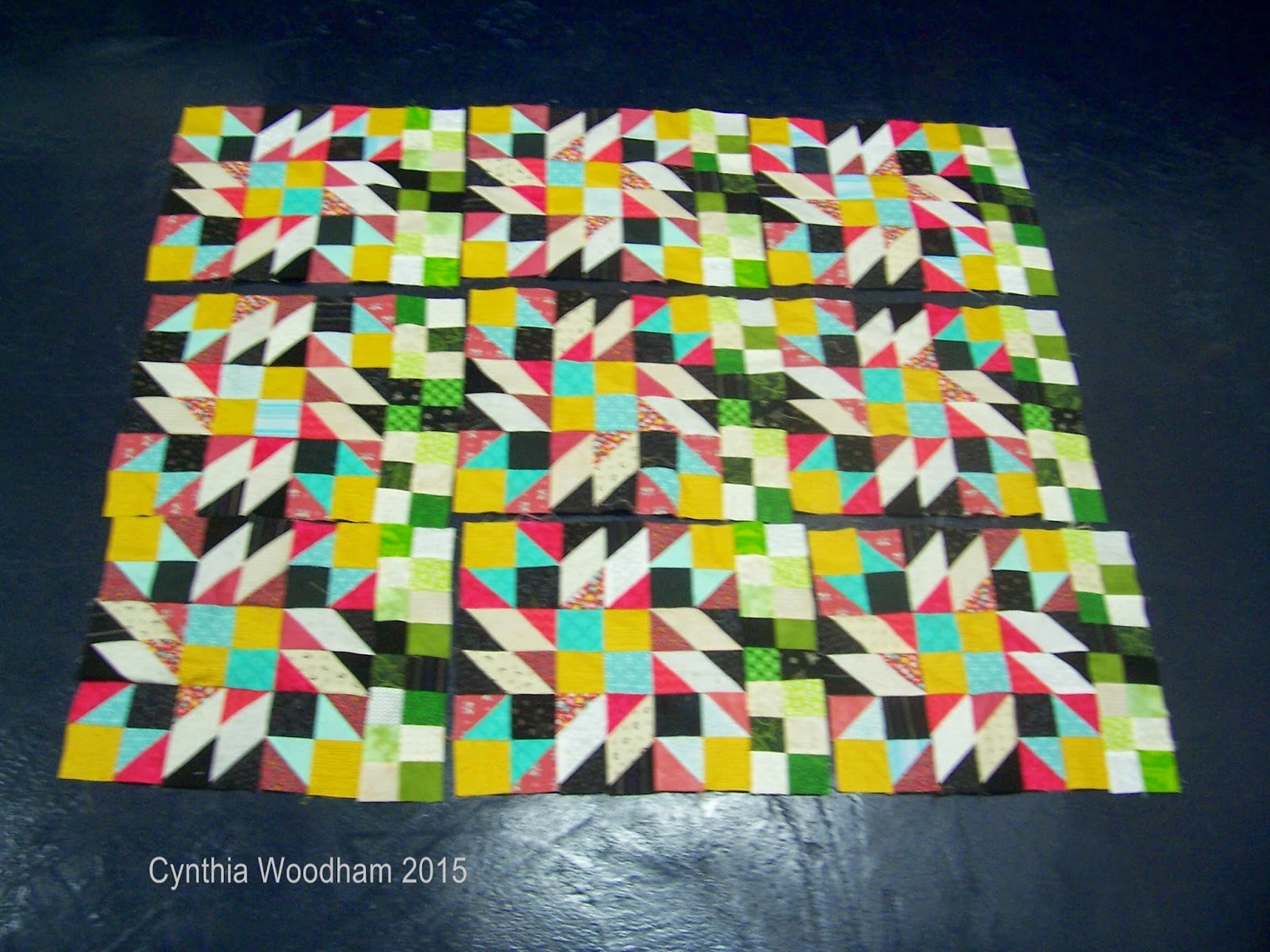 I know in my picture there is only nine blocks but there was an accident. You may notice I lay my blocks out on the floor to check the layout and take photos. I also like to leave them on the floor. 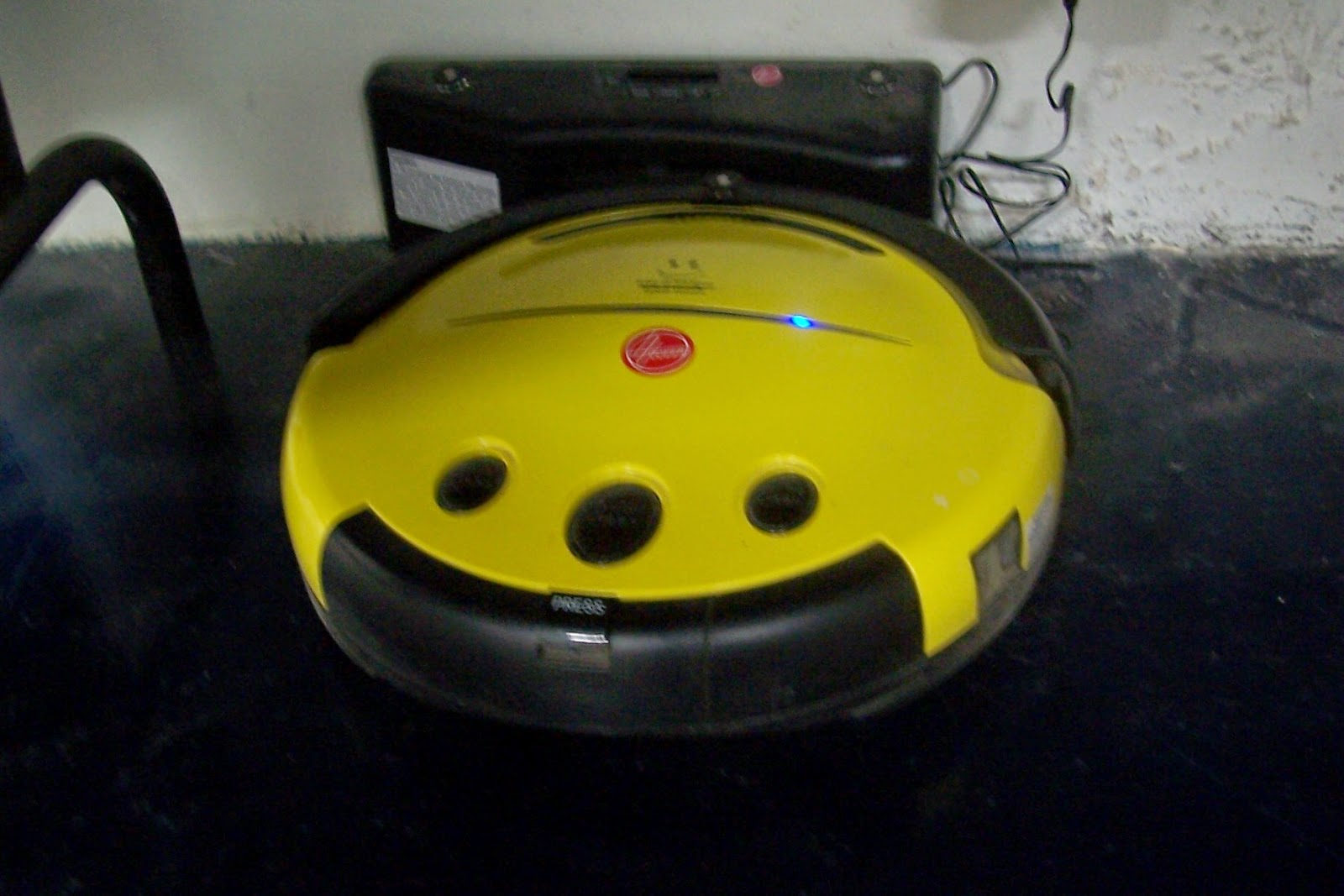 This little fellow is Robbie my robot vacuum. He sweeps my floor once a week and it only takes me a minute or two to empty him so I have more time for sewing. Well the other night we had a thunder storm during dinner. When the power return I went out to the sewing room to get an hour of cutting and sewing done. There was Robbie in the middle of the room with one of my Grand Illusion blocks stuck in him. He does turn off if he gets stuck luckily. Obviously when the power goes off and returns it set him to do a run rather than at the schedule time he was set for. No more leaving my stuff on the floor just in case. I don't want to ruin something. When I removed my block from Robbie, it was dusty so I had to wash it. I am just drying it and I will add it to the others.
I need to make more of clue 1 and 2 blocks so I can continue. Clue 2 was a problem last time so this time I thought I would use the other method suggested to make this block, just using the squares and rectangles rather than using the template and Easy angle ruler. My block were a little out of shape dealing with the triangles. 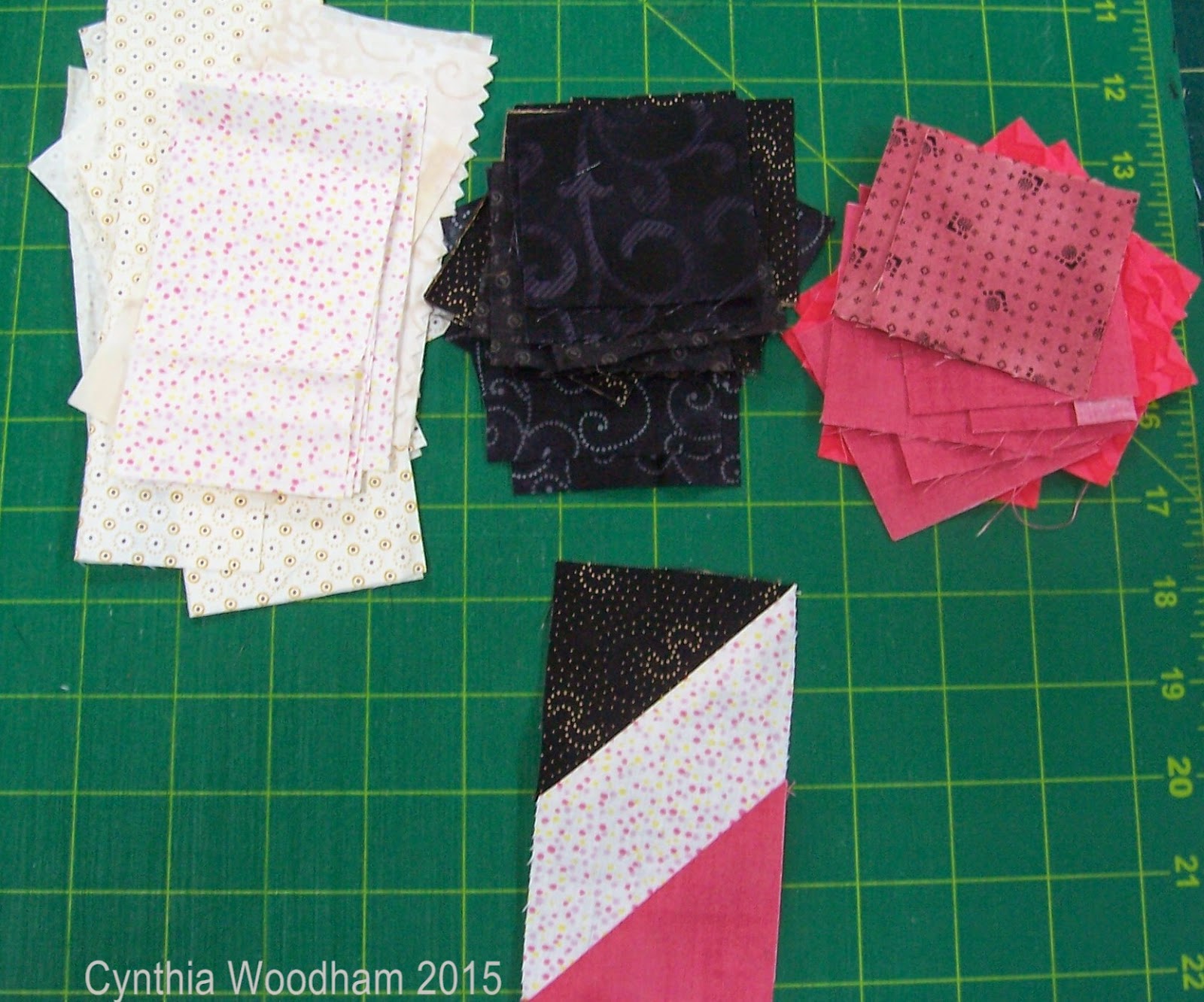 So I cut and made one unit up to check it and I was lot happier doing it this way. In my quest to test different methods to make the same block, the second method was the easier method for me so I will continue with that method for the rest of clue 2.

Until Next Time
Keep Stitching
Cynthia
Posted by Cynthia's Creating Ark at 2:34 AM