Under the Pressure Foot #7 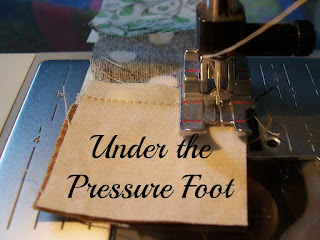 I had some sewing time on Monday afternoon, which made my day. There is a number of projects that need my attention but no I decided to start a new one. Lucky it was only an hour and bit of work to complete the project from start to finish. I am glad I did it. At least if I don't complete anything else this month I have completed a lion friend for Larry, Piper the penguin which I must share with everyone Pete the penguin is half finished but I have misplaced his beak. I may just have to make a new one just so I can finish him. 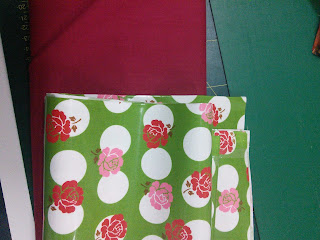 Back to the project on hand. Early in June I watched a Riley Blake tutorial on making a Portable Design Wall/ Block holder using the Riley Blake Laminated fabrics. I have some on hand and thought this would be a great project to make and work with the laminated fabric for the first time. Here is the link to the tutorial if you are interested. My friend Maureen made one when we were on retreat at the end of June so I had seen the basics. I was a little worried how the laminated fabric would run through the machine but there was no need to worry. I was very pleased how well it sewed up on my Pfaff machine.  In the ended I was very pleased with the results I just need to remember to start at the opposite end of the project when sewing the binding on as my final join was almost on top of elastic for the closing mechanism. Now I just need to find those flower buttons I have. 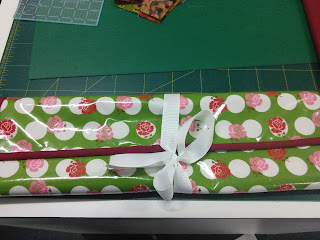 Posted by Cynthia's Creating Ark at 4:31 AM